I have been incredibly fortunate to have been a part of the FUTURE story. For the past 5 years, I've been lucky enough to take on the master of ceremonies role,  but this year it's all change. I will be viewing FUTURE both as an exhibitor and as a partner of the event.

Unissu was launched in January of this year, looking to connect the PropTech and property worlds and help the industry prepare for and build its future. Part of this work is to partner with global conferences and review the local markets that they operate in. To that end, we're delighted to present a report about the local UK market. You can find a copy of that report here. 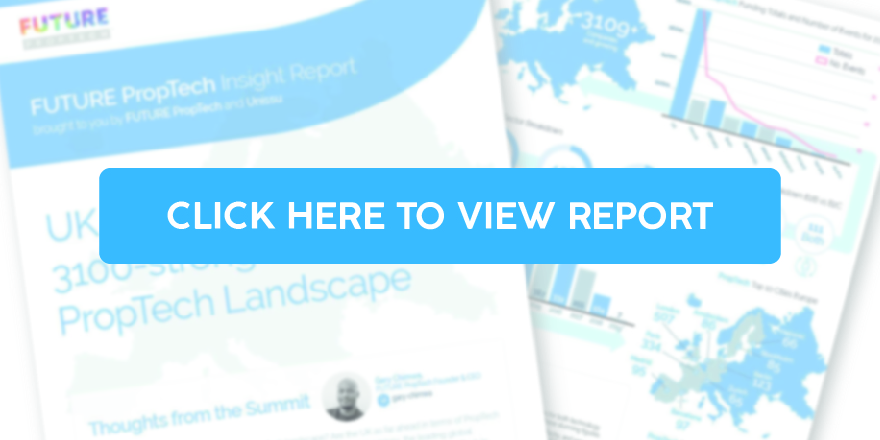 PropTech has exploded in the past few years and FUTURE has grown with it. I have fond memories of the early years, the chaos of event day, the passion of those early attendees eager to help the industry move into the future and make the most of the opportunities bought on by digital transformation. Back then, no one was listening. Today, with 65% of event attendees at FUTURE coming from the more traditional side, the suggestion that the industry isn’t listening no longer has legs.

What is perhaps even more significant, however, is the fact that the United Kingdom is by far the leading country in Europe with over 500 businesses residing here; great news for FUTURE and perhaps just one reason for its meteoric rise.

Or perhaps the incredible growth that FUTURE has achieved in recent years is down to something more fundamental. Not only is London the leading PropTech city in Europe, it's also, and sshhhh...don't tell those who think “New York is the epicentre of PropTech”, the no. 1 ranking city in the world for number of companies residing within.

I know what you're thinking, investment data suggests that the US undoubtedly has a more active and resilient investment attitude to PropTech, but our research shows clearly that if you are a PropTech business, there is no better market than the UK to get funded, despite the looming question of Brexit.

PropTech funding in the UK topped nearly $800million last year, almost four-times that of the next highest amount raised in Germany. FUTURE has certainly benefited from all of this.

My only question for people attending FUTURE, specifically for the PropTech audience amongst you, is, have we reached, perhaps even left behind, PropTech's peak? It is blindingly obvious that the number of PropTech businesses being formed is on a downward trajectory. 2015 was the peak year with 367 businesses formed,  only 104 were formed last year. Is this the beginning of the end for new PropTech ideas? Are we too saturated with PropTech businesses?

If so, what happens next? That's the big question?

What is certain is that FUTURE will remain, charting the ups and downs of this fascinating sector. It will be there as the property industry looks to educate itself and procure new solutions. It will remain an unmissable date in the calendar.

I, for one, am sad not to be heading up the stage this year but Emily Wright of EG will be hosting one of the two main stages and is now a firm placement at FUTURE in that role, and rightly so. I am also passing the baton to the very talented Paul Unger from PlaceTech.

I am, however. looking forward to just being present at the event and not having to worry about getting speaker presentations ready or whether or not people run over time.

Should you want to catch up over a beer or coffee, just let me know.

Future Workplace Report by Raconteur and The Times

Q&A with Stuart Maggs, CEO and Co-Founder of Scaled Robotics

Any cookies that may not be particularly necessary for the website to function and is used specifically to collect user personal data via analytics, ads, other embedded contents are termed as non-necessary cookies. It is mandatory to procure user consent prior to running these cookies on your website.